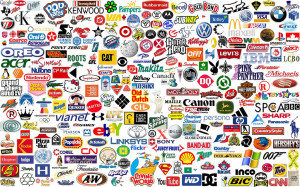 I was going through my Facebook wall and was reading some of the posts made by my “friends” that were sharing their thoughts on the “sheep that were being brainwashed by the media to buy products they do not need or to watch various television shows or movies”.  He encouraged his friends to breakaway from the reliance on media telling them what to wear, drive, eat, and how to think.  He wrote about how much he dislikes advertising/marketing and that he doesn’t want to be a “cog in the wheel”.

While he wasn’t consciously aware of what he was doing on Facebook, he was indeed ADVERTISING the NEED to break away from the MEDIA and he was doing it on one of the biggest advertising platforms today: FACEBOOK.

While Some people think that advertising happens only in the form of commercials on television, radio and billboards, advertising is everywhere.  From the shoes on your feet, the car that you drive, and the shirt that you are wearing, you are advertising some’s product to the people around you.  You cannot escape the advertisements.  You may not go out and make a purchase, but that business or message is not a little higher on what is referred to as the “Top of Mind Awareness”.

Advertising doesn’t have to be a slick commercial telling you about a product, it does’t have to be a logo up on a billboard or on a t-shirt.  It can be as simple as a conversation you are having with your friends who decided to share their dinner experience with you about the amazing meal that they had the night before.   Three weeks later you are trying to decide what to eat for dinner and you end up finding yourself at that very same restaurant your friend was raving about, enjoying an amazing meal.

Why were you there?  Was it because you were exposed to a commercial on the radio, television, website, or the newspaper that informed you of the restaurant.  No.  You were there due to the oldest and most successful form of advertising:  WORD OF MOUTH.

It is impossible to go anywhere let alone communicate without doing some form of advertising.

For example, the first t-shirt in my draw that I tossed on today is from the Brazilian Jiu Jitsu school that I train at, the flip flops that I am wearing having the logo clearly visible, when I drive, I am advertising to other drivers the vehicle that I am driving and when we are at my daughter’s  Tae Kwon Do class, parents that are placing their child in the trial program are being exposed to the benefits of attending the classes over time.  I am not being paid, in fact I bought everything that I wear, pay for my training and my daughter’s training, BUT I’m the one doing the advertising for all of the companies.

Those words generated an image of a company in your mind, bringing them higher within your Top of Mind Awareness.

“It surrounds us and penetrates us. It binds the galaxy together.”  – Obi-Wan Kenobi

So maybe being the JEDI MASTER was referring to advertising and not “The Force” is in essence being a great advertiser.

Sorry, the comment form is closed at this time.