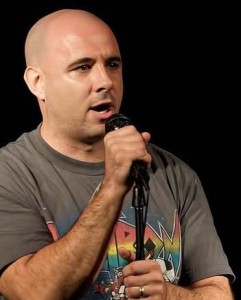 I grew up listening to the radio and one day at the age of 18, a co-worker of mine told me that I should go into radio since I enjoyed going to concerts, talking about the CDs I purchased, and talked non-stop about the radio bits that I heard on the radio.

Being on the radio was a goal and in order to achieve it, I attended Illinois State University where I went through their radio program, pulled crazy air shifts, and landed an internship at a News-Talk Radio Station where I spent 3-years learning the business in the real world.

After the morning show left, I shortly followed them across town as the Promotions Director for three (soon to be four) FM Stations. Within months of accepting the job, I was asked to add the duties of the Midday Host on the rock station, which I was more too eager to do.

Within 5-months, the General Manager had asked if I had any interest in becoming the Program Director the station, while still handling the Midday Shift and the promotions for all four of the radio stations. Since it meant a much larger paycheck, I accepted and I have been loving it ever since!

Here are some pics with some of the bands that I was able to meet.

In 1999 I was an intern on an Afternoon Talk Show and there was a topic concerning you favorite food item. I said that mine had to be the #9 “Italian Night Club” at Jimmy John’s.

Nobody on the show thought anything about it, but the next day an entire platter of #9s showed up to the station from the Local Jimmy John’s and we partnered up to promote the “Cha Cha Chandler” at Jimmy John’s!

We made the Jimmy John’s company newsletter as well.