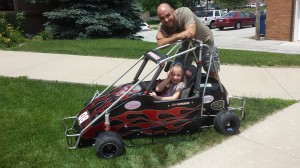 I had the privilege of doing an interview with Emma Sprouse who is a 6-year old who is racing Quarter Midgets with the Abraham Lincoln Quarter Midget Association out of Broadwell.

She’s currently looking for sponsors and I made sure that she understands the importance of taking care of the sponsors as I hit her with the hard hitting questions during the interview.

If you have a child that is a fan of racing, be sure to check out the action of the A.L.Q.M.A out of Broadwell.

If you’re business would like to sponsor this rising star, finder her on FACEBOOK and here’s the first interview given by Emma Sprouse: 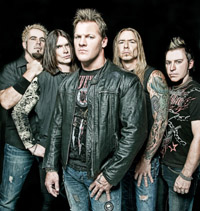 I had the privilege of interviewing Chris Jericho from FOZZY prior to their May 16, 2014 concert at Freakster’s Roadhouse in Pontiac. We hit on the tour, how he stays focused with all of his projects, we hit on his 4-years of doing DDP YOGA, as well as if there is a return to the ring in his future.

If you missed the interview, here it is along with their new single “Lights Go Out”. 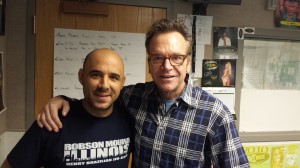 I had the privilege to interview Tom Arnold during his stay in Bloomington. We talked about his weight loss, his boy Jax, as well as his appearance at the Roast of Roseanne. He was truly genuine and complimented me on my production of the interview. 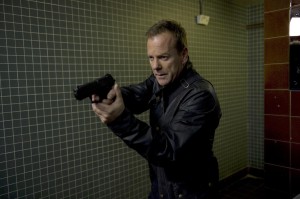 The Gang is getting back together as Jack, Chloe, Audrey, and President Heller return to FOX starting on May 5th in 24: Live Another Day comes to FOX.

Will Jack be able to prevent World War III? How many times will he yell “EVERYBODY DOWN!!!” or “DROP THE WEAPON!!!?? Will Tony Almeida be back?

All I know is that I’ll be watching! #JackIsBack 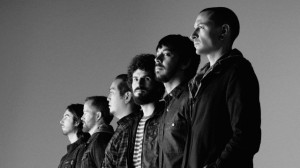 Linkin Park surprised a lot of people by dropping their new single off of their forthcoming album on Thursday March 6 entitled “Guilty All The Same” featuring one of the most influential Hip-Hop Icons, RAKIM.

I’ll be spinning this track in the cast.

So tonight while cleaning up the landmines that were revealed due to the melting snow, I decided to start a podcast. In this podcast I chat about the start up of the podcast, Hulkamania Runs Wild AGAIN!!! 55 States in the Union, and I play new music from Another Lost Year.

Here is the Fan Made Trailer for Terminator 5. If you didn’t know anything about the film, it would be easy to fall for it.

Another Lost Year is the featured artist. 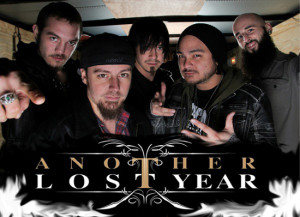 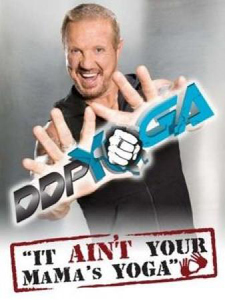 In December of 2011 I sent a message to 3-Time W.C.W Heavyweight Champion Diamond Dallas Page through Facebook  letting him know that I would love to interview him on my show to promote his “DDPYOGA” as New Year’s Eve was approaching.

Well, we hit it off and after consistently posting photos and videos of my progress, I was flown out to Atlanta, GA in March of 2012 so they could film my story as well as the stories of other regular people that have had their lives changed by doing DDPYOGA.

I knew that one of his goals for DDPYOGA was to get on Shark Tank as a way to grow the company – with or without the Sharks.